Excellence and Expertise • Research and Innovation

The team has been instrumental in the start of 32 businesses and the creation of 238 jobs since October. 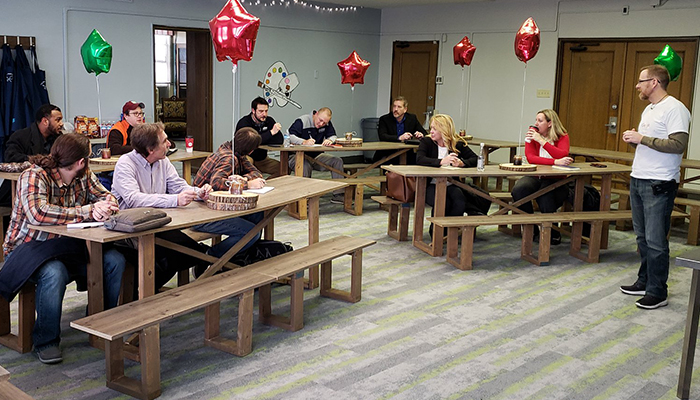 Excellence and Expertise • Research and Innovation

The Ohio Small Business Development Center (SBDC) has doubled in size and been recognized for a number of achievements over the past two years due in no small part to its move to Miami University Regionals Commerce Hub at Miami's Voice of America Learning Center in West Chester.

Formerly known as the Butler County Small Business Development Center, Ohio SBDC became part of Miami's Commerce Hub in the fall of 2019 and has since expanded its reach with new satellite offices in Clermont, Brown, Clinton, Warren and Hamilton counties.

"Our footprint has grown tremendously, and our staff has increased from two to seven," said David Riggs, director of Ohio SBDC. "We've got a handle on Southwest Ohio. The greater exposure we've gained from our partnership with Miami's Commerce Hub has expanded our reach and brought in more clients."

Over the past two years, Ohio SBDC has led a number of important initiatives that have strengthened opportunities for local businesses and students. Some highlights include:

Hosting the Ohio SBDC has proven to be a valuable partnership for the Commerce Hub, noted Ted Light, chair of the Commerce Department at Miami Regionals. Commerce is one of the most popular majors at Miami Regionals, with more than 700 students. Adding the SBDC gives students a competitive advantage in a marketplace that is always changing.