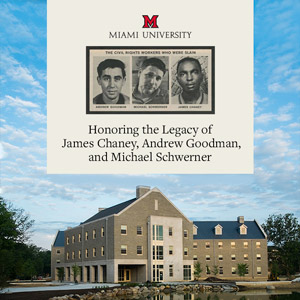 Miami honored the lives of three slain Freedom Summer activists by dedicating residence hall lobbies after them near the grounds where they trained during Freedom Summer in 1964.

Miami University on Wednesday honored the lives of three slain Freedom Summer activists by dedicating residence hall lobbies after them near the grounds where they trained during Freedom Summer in 1964.

Michael Schwerner, 24, James Chaney, 21, and Andrew Goodman, 20, were among approximately 800 volunteers who trained at the Western College for Women, which is now part of Miami’s Western campus. Miami President Gregory Crawford said that history is now part of Miami’s heritage, and that the spaces were dedicated “to honor their lives and elevate their example.”

The men left Oxford to fight discrimination and register Black voters in Mississippi and were murdered by members of the Ku Klux Klan.

“Their sacrifice accelerated the movement for civil rights,” Crawford said in the virtual dedication ceremony.

The newly dedicated spaces are:

Miami already honors the three men with an outdoor classroom memorial, historical sign, memorial trees and artwork at the site on its Western campus where much of the training occurred. 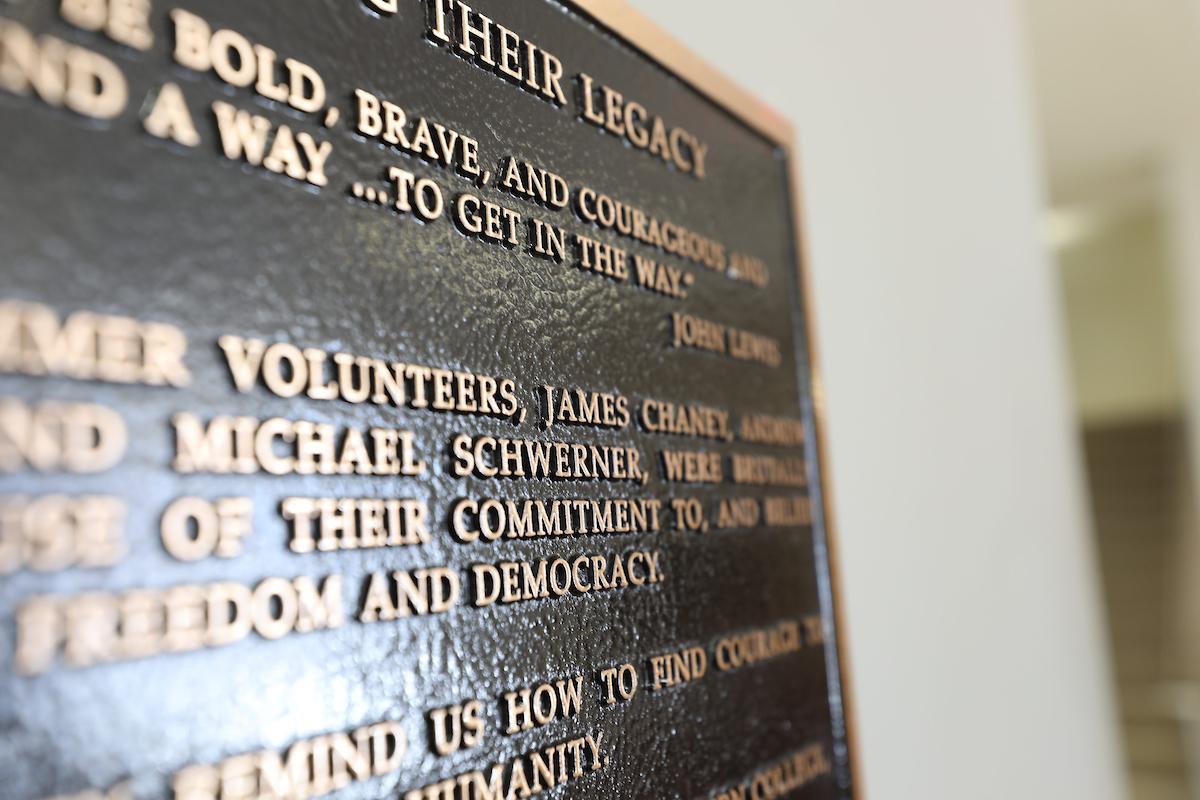 A lobby plaque quotes John Lewis, the late civil rights activist and congressman. "You must be bold, brave, and courageous and find a way ... to get in the way."

Representatives of Miami’s Associated Student Government (ASG) suggested in 2019 naming the lobby lounge spaces after the men to increase awareness for today’s students.

“If Miami University seeks to promote cross-cultural awareness and inclusivity, then this must also be reflective in our buildings, lounge spaces and classrooms,” Vada Stephens, one of the students, said at the time. The recommendation was approved unanimously by Miami’s board of trustees.

On Wednesday, in a pre-recorded video dedication, Crawford thanked former and current ASG members, telling them, “We admire your dedication to advancing diversity, equity and inclusion on our campus.”

Miami senior Reena Murphy, an Andrew Goodman Foundation “Vote Everywhere” ambassador, said she’s a reminder that “the work of Freedom Summer and the legacies of Chaney, Schwerner and Goodman are not a thing of the past.

Voter suppression and intimidation are still widely used to marginalize Black voters and Black voices today.”   Murphy invited everyone to not only honor the legacies of the men “but to live their legacies as well — to stand up for what is right and answer when called. Remember Andrew Goodman was a student when he answered his.”

She noted that fall semester, more than 50 Miami students volunteered to register their peers. “Together, we registered over 300 new voters.”

David Goodman, Andrew Goodman’s brother, recalled visiting Miami during the 50th anniversary of Freedom Summer. In the video dedication, he thanked the president and student body for memorializing his brother, Chaney and Schwerner. 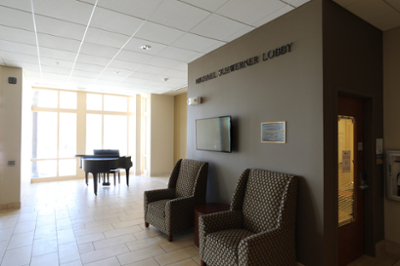 Rita Schwerner Bender, a civil rights activist, spoke about Schwerner, her first husband. Family and friends called him Mickey. “Mickey and James were murdered because of their ability to work with local people without taking over so that the effort belonged to the community,” she said.

Chaney’s daughter, Angela Lewis, said her father had a servant’s heart and lived a life of service. “That was his joy and his passion.”

Lewis hopes those who enter the residence hall lobby will be inspired by her father’s work.

“I think the greatest way to honor those that have gone before us and that have worked for justice and equality is to continue the work they began,” she said.

Anthony James, interim vice president of institutional diversity and inclusion, thanked the families for sharing about the lives and legacies of Andrew, Michael and James.

“These men were principled, courageous and compassionate —  not for their own glory but for the good and well-being of others. What a legacy,” he said.

“Their courage helped fuel a movement to open pathways of full civic engagement for people who had long been denied that right.”

Watch the video of the dedication: