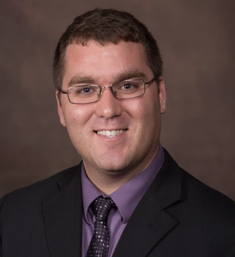 The Ohio Supercomputer Center (OSC) may be located in the Buckeye state, but its power reaches across the globe. Andrew Paluch, associate professor of chemical, paper, and biomedical engineering at Miami University, took OSC’s computational power all the way to Brazil to introduce students to high performance computing (HPC).

After coming to Miami University in 2013, Paluch established a relationship with Luciano Costa, an associate professor of physical chemistry at the Fluminense Federal University located in Niterói, Brazil. Through working on research projects together, Paluch learned of the CAPES-Print program, which brought in American researchers to introduce their research ideas and connect Brazilian researchers with international colleagues.

“I was asked to give a workshop on performing free energy calculations,” Paluch said. “I had an idea of what the university was like and the resources that are available there. They are nothing like we have here.”

Paluch had access to a computer lab comprised of 30 workstations but not enough computing power to give students hands-on lessons in supercomputing. Becoming anxious, Paluch reached out to OSC and received a classroom allocation so students could access the OSC clusters virtually. He then built the workshop course on OSC OnDemand, the Center’s deployment of the open-source HPC portal Open OnDemand, and set up the participants’ OSC accounts.

“It just made it seamless in terms of getting things set up from a software perspective,” Paluch said. “Only a small number of students in the class were actually computational people. A lot of them were there just to see what it was all about, best practices, how to perform calculations and things of that nature. I didn’t know what the workstations were going to be like In Brazil, and so just knowing exactly what I was getting into with Open OnDemand was invaluable.”

While his workshop in Brazil was attended by students in graduate school or above, supercomputer exposure can be equally beneficial for students like his undergraduates at Miami. Paluch noted that introducing students to these resources provides opportunities in a range of subjects while allowing them to learn the basics of supercomputing and other tools for their future careers.

In addition to the ways that OSC has been helpful domestically and internationally, he also credits the Center for helping him achieve tenure and integrate into the HPC community. “When I came to Miami, I remember investigating resources available and coming across OSC,” Paluch said. “During my first semester, I joined the allocations committee and developed a support system through OSC. OSC has supported all my work since I started. And that’s why I say that my promotion and tenure is in a big part thanks to support from OSC.”