Three Miami University Farmer School of Business professors weigh in on inflation, where it comes from, and how to curb it 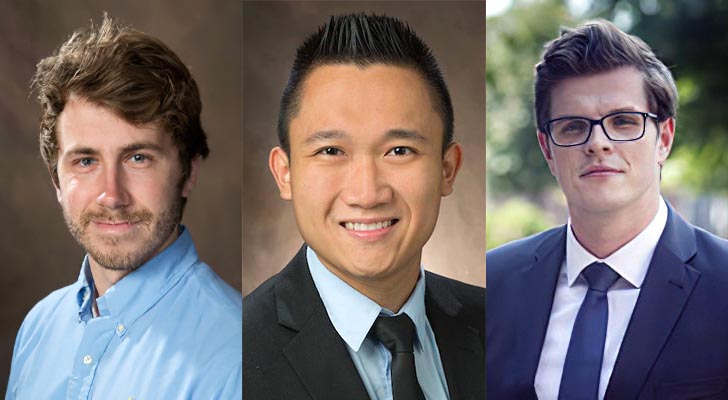 Wherever you go, whatever you buy, it’s pretty apparent that prices are rising for many goods and services that Americans purchase. The reason is inflation, but what causes inflation and what can be done about it?

What is inflation and how is it measured?

Vu: Inflation is a problem when it is higher than a certain level, referred to as the target inflation rate. The target inflation rate is around 2 percent per year. But over the last five or six months, especially if we count food and energy in it, it has been to the tune of anywhere from 7 to 12 percent, depending on how you measure it.

Wolff: The most common price index reported is called the Consumer Price Index (CPI). The Bureau of Labor Statistics (BLS) will construct a basket of goods that the typical household consumes on a monthly basis, assigning weights based on each item's share of total expenditure. They'll then track changes in the prices of these goods in cities across the country. Growth in this price index gives you a measure of inflation.

Wolff: Inflation can come from a number of different sources. Perhaps the best way to think of it is prices are adjusting to account for a mismatch in supply and demand. Right now, we’re seeing supply chain issues, which reduce supply, as well as historically low interest rates, which increases demand. The result is large price increases in almost every industry.

We're also beginning to see this reflected in wage increases. Year over year, wage growth was up over 5% this year. In a typical year, it would be closer to 2.5 or 3%. This reflects both the tight labor market but also the desire of workers to not see a decline in their real wage as inflation is up over 7% this past year.

Vu: We know the supply chain problems can cause inflation, but there are deeper causes that are associated with the current inflation increases. Because we have been in a boom for the past five years or so, there's a lot of money that’s been saved up by consumers, so that's why price levels have the room to grow.

Secondly, people have expected that prices will grow. So if consumers expect something to happen to make prices increase, consumers are also willing to spend more and companies are more willing to jack up the price. It’s not just the supply chain problems that everybody is talking about -— the bigger issue is expectations. It’s a vicious circle.”

How is inflation stopped or reduced?

Wolff: By reducing the amount of liquid assets banks have on their balance sheet, the Federal Reserve changes their ability/willingness to create low interest loans for households and firms, as well as for other financial institutions. Look for the Fed to continue tapering unconventional policy tools and to begin raising the interest rate paid on reserve balances.

Lindequist: The Fed still buys $100 billion of assets each month, mainly Treasury bonds. So the Fed can try to stop that by slowly winding off buying these assets, and that will reduce the price pressure.

The likeliest thing the Fed will do is start increasing interest rates, which makes borrowing more costly. People will demand less money, hence they will have less money to spend, and that drives down this demand pressure.

Can containing inflation cause other economic problems?

Lindequist: There is the idea that there's a sacrifice to be made to kill inflation —  if you want to bring inflation down, you probably also have to bring unemployment up. Whenever the Fed has raised interest rates in the past, it typically also had some negative employment effects. Sometimes that’s intentional, such as when the labor markets get too hot and you have these wage-price spirals, which basically mean prices go up, then workers demand higher wages. So then wages go up, but then prices go up even further.

Today, this is all a little complicated because, why is the labor market hot? It's really because there's a labor shortage. We need people to go back to work, and that hasn't happened yet.

Vu: When actions are taken by the Fed to curb inflation, the biggest potential economic downside is that such an action — if overdone — might depress economic activity, which can lead to a recession. For example, if the Fed increases the interest rate more than needed, it can significantly increase the borrowing cost, which can lead to firms cutting back investments and hiring. When hiring is limited, this typically manifests in sluggish wage growth, depressed aggregate demand, and an overall decline in the economy.

Plus, increased interest rates can lead to the expectation that the economy is not doing well – again, a self-fulfilling prophecy. Such negative expectations can make consumers cut back on large purchases and firms further cut back on investments and hiring. Both of these can have serious consequences for the economy.