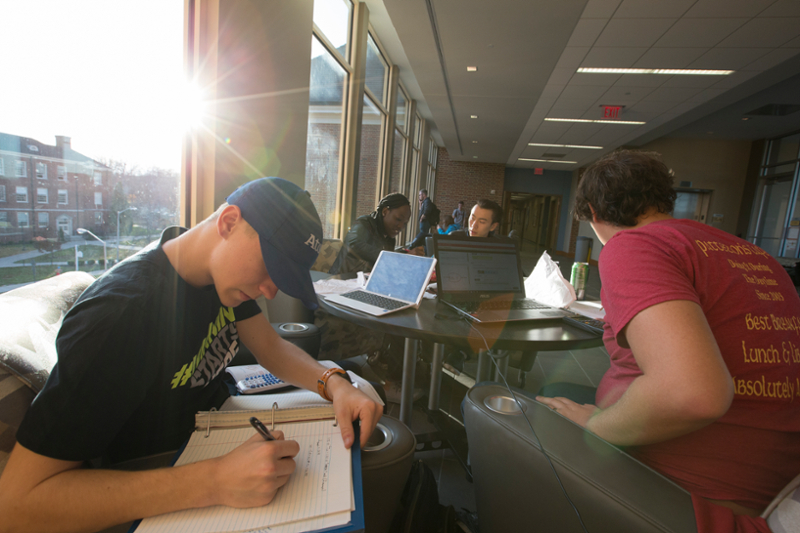 Miami University ranks No. 2 in the nation based on students’ technical skills in CodeSignal’s first annual ranking of universities.

The skills-based assessment platform operated by American company BrainFights, Inc., released its report ranking the top 30 universities nationwide where recruiters will find the most skilled technical talent to meet their hiring needs.

Miami is listed in the Top 10 — topped only by the Massachusetts Institute of Technology.

CodeSignal analyzed the results of its General Coding Assessment (GCA), a widely adopted standardized test for core programming and computer science knowledge. It ranked universities based on the percentage of students who took the GCA that scored over an 800 (equivalent to the 84th percentile).

Computer science and software engineering are about far more than coding and programming, said Eric Bachmann, professor and chair of Miami’s Department of Computer Science and Software Engineering in the College of Engineering and Computing (CEC).

Developing those skills can only be achieved through practice, Bachmann said.

“In the Department of Computer Science and Software Engineering, all majors begin their studies with rigorous hands-on experiences that develop strong programming skills. Once students are masters of both ‘reading and writing,’ they move on to advanced courses in areas such as graphics, artificial intelligence, machine learning, computer vision, high performance computing, security, robotics, and image processing.”

Bachmann said students apply their skills in both design and programming to implement the next generation of algorithms.

“While some schools may take the view that beginning and intermediate programming courses are of lesser importance than advanced senior level courses, at Miami University, the faculty consider them to be very important and many of our best instructors teach these courses.”

Miami’s College of Engineering and Computing has 1,881 undergraduate students in four CEC departments on the Oxford campus, including 641 in computer science and 150 in software engineering, said Clark Kelly, assistant dean.